Glance’s Angela Griffin at Blockchain Summit London: Why culture is as key as cutting-edge expertise 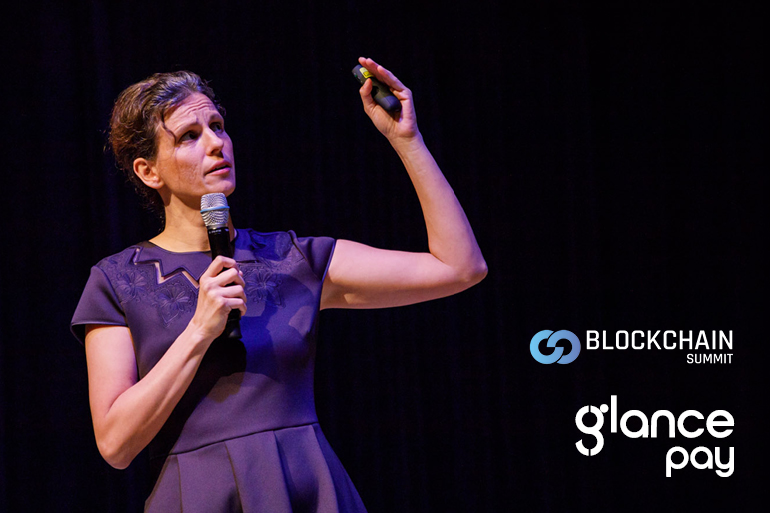 Cutting through the noise of the busy West Coast tech community takes clear and steady vision, firmly fixed on what really matters: substance and not just style, culture always before strategy.

Glance is a company that prides itself on having its priorities in the right order, and that tone is set right at the top, with a CTO who brings together all of Glance’s critical cornerstones.

A culture about embracing and pushing each other, leadership about uplifting people. Technology of true substance, with innovation and big ideas under the hood.

At Glance, it starts with Angela.

Sadly, as much of the tech sector and broader economy play catch-up in terms of equality, this alone already sets Glance apart.

According to the B.C. Tech Association, women account for just 20 percent of the tech workforce in this province, far less even than the national average.

One study released in the past year, co-authored by PwC, the MaRS Discovery district and the non-profit MoveTheDial, found that, at the executive level of the Canadian tech industry, women represent just 13 per cent of the executive team at the average tech company.

In fact, of the more than 900 companies analyzed, a full 53 per cent had not a single woman executive.

“As a female technology executive, I make it a top priority to ensure that all voices are heard,” says Glance’s Chief Technology Officer.

“Not only has diversity resulted in the consistent growth of Glance Pay, but it also allows for a company culture that’s open, inviting, innovative and collaborative.”

Now, Angela Griffin has been selected to join an exclusive group of expert speakers at London Blockchain Summit 2018, the largest dedicated blockchain event in Europe and one of the world’s most influential blockchain-for-business conferences.

On June 27 in Olympia, London, at 12:45 p.m. Angela will speak on the panel Re-aligning the Organisation to Take Blockchain from Catchphrase to Business Benefit, exploring topics like how blockchain is changing how companies function, and how they must adapt in order to reap the full range of efficiencies that blockchain puts on the table.

If you’re planning on being one of the 2,500 attendees to London Blockchain 2018 —  many key industry leaders, innovators, investors and decision-makers among them — don’t hesitate to come say hi to the Glance team.

Booth C23 is your destination to dive into the world of Glance, of easy, seamless and safe payments with more perks and less waiting around.

Find the Glance team there and you can also hear the inside scoop on Glance Coin, the blockchain-based rewards token Glance is rolling out to revolutionize what loyalty can do for your business and your customers.

In the meantime, read the Glance Coin Whitepaper at glancecoin.io.

And if you haven’t yet experienced the Glance Pay difference, Glance is treating you to $5 off your first and second purchase with our signature mobile payments app.

Download it today on Google Play and the App store, and we’ll see you in London!